It used to be that software release cycles would take upwards of 18-24 months or more. But with the innovations spurred on by the consumerization of IT and heightened customer demands, companies today are hard-pressed to get applications out the door as fast as possible. The need for creating a novel software application from “soup to nuts” is about 3 months for an initial version and upwards of 6 months for the full feature set. And not only has the lifecycle shortened but apps have become much more complex and require cross-collaboration and integration between various IT constituents, such as Operations, Development, and Q&A in ways previously unimagined. The result has been a new discipline known as DevOps.

Much of DevOps is about a cultural shift in how the business is run, and since smaller businesses are obviously not tied down as much or any to legacy systems, these can really benefit from agile solutions.

If you’re a new startup or small businesses, here are the top 5 DevOps platforms that you should be looking at in 2015.

AnsibleWorks provides IT orchestration engine that makes applications and systems easier to deploy. Or in its own words, “Ansible makes deploying software fun again.” Ansible takes this claim seriously. Unlike most configuration management platforms, Ansible uses what is called “agentless architecture.” In most cases, nodes must have a locally installed daemon that communicates with a controlling machine. Ansible, on the other hand, doesn’t require a custom agent or software to install, but simply communicates over SSH. 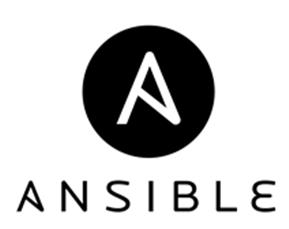 Chef offers what it calls Automation for Web-Scale IT, by delivering fast, scalable, flexible IT automation. Chef is a configuration management platform that makes use of what it calls “recipes” to automate infrastructure tasks. Examples of recipes are instructions for configuring web servers, databases and load balancers. These recipes describe what an infrastructure consists of and how each part of it should be deployed, configured and managed. 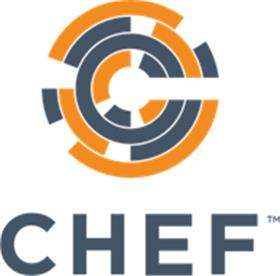 Chef can streamline the configuration and maintenance of a company’s servers, as well as integrate with cloud-based platforms such as Rackspace, Amazon EC2, and Google Cloud Platform to automatically provision and configure new machines.

Puppet Labs is a popular name in the DevOps industry, and is known for its open-source configuration management tool, Puppet, as well as the commercially available version, known as Puppet Enterprise. Puppet Enterprise is used to automate tasks at different stages of the IT infrastructure lifecycle, including discovery, provisioning, OS and application configuration management, orchestration, and reporting.

Puppet Labs offers an expansive ecosystem that includes training and certification. Through Puppet Certification Program Puppet Labs provides professional exams to recognize IT professionals who have demonstrated the technical know-how and experience needed to manage their infrastructure proactively throughout its lifecycle.

Jenkins is the leading open source, extendable continuous integration server on the market today. Written in Java, Jenkins provides automated continuous integration services for software development. The platform provides considerable flexibility around how builds can be initiated – including a version control system, scheduled cron jobs, kicked off when other builds have completed, and by means of a specific build URL.

Jenkins is also ubiquitous in the DevOps market, supported by well over 800 plugins that allow users to extend its use to support projects written in almost any language, most version control systems, and most large databases.

TeamCity (TC) is another major all-in-one, extensible, continuous integration server. Written in Java, the platform is made available through the JetBrains, the company responsible for such products as the Java IDE called IntelliJ IDEA. The platform also is supported in other frameworks and languages by 100 ready to use plugins.

TeamCity is a commercial enterprise. JetBrains offers TeamCity as both Professional and Enterprise editions. The Professional edition is free and is limited to 20 user accounts and 20 build configurations. This product comes with up to 3 build agents and the option to purchase more as scalability increases. The Enterprise edition offers a number of pricing options starting with 3 to 100 build agents included for $1999, and then scaling up depending on the needs of the organization.