You probably heard the news a couple weeks back about the near record $542 Million round of funding that Google and other major investors put into the “augmented reality” company known as Magic Leap. It’s a bit of a strange story to say the least. The idea of a secretive startup and an eccentric CEO raising a ginormous funding round without unveiling a single product, can be construed as something of a mirage. If anything, it speaks volumes to what the big boys think about the future importance of cinematic reality.

There’s no doubt that alternative forms of media are becoming big, real big! Facebook recently acquired Oculus VR—creator of the Oculus Rift virtual reality headset—for approximately $2 billion, sealing it’s view that VR could be the next big thing after mobile.

But what’s with Magic Leap? Why such a huge funding round? And does this say something about the changing stakes in the big technology game?

There’s still some secrecy about what exactly Magic Leap is. What appears clear so far is that the company is working on hardware and software to deliver “augmented reality” that adds computer-generated images on top of what the viewer already sees naturally – all in order to create convincing optical illusions. The website gives enough science to make us more curious:

With our founding principles our team dug deep into the physics of the visual world, and dug deep into the physics and processes of our visual and sensory perception. We created something new. We call it a Dynamic Digitized Lightfield Signal™ (you can call it a Digital Lightfield™). It is biomimetic, meaning it respects how we function naturally as humans (we are humans after all, not machines).

To demonstrate this mystery technology the company’s website shows off images of a baby elephant that appears to be hovering above someone’s hands and a submarine floating above a city street. 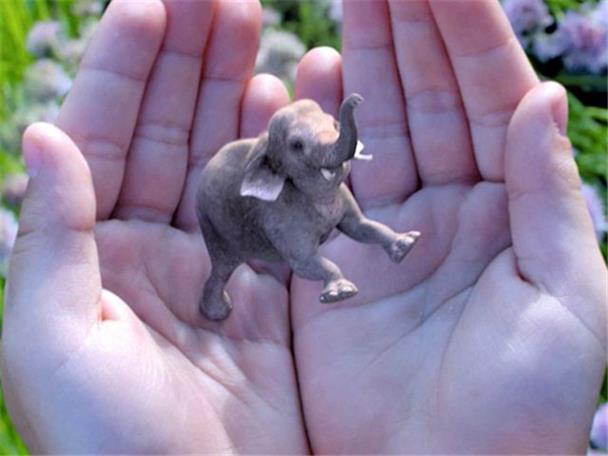 What Magic Leap is doing appears to be in a whole other league than anything we’ve seen with current forms of virtual or augmented reality. Investors are obviously very interested, and have even placed the valuation of the company at just north of a billion dollars. Again, this is all very impressive for not having released an actual product yet!

One article has this to say about details of the product:

Sources say a key part of Magic Leap’s plans involves a wearable device that will track users’ eyeballs and project images onto them. We’re also told the company intends to use an infrared camera similar to the Microsoft Kinect to create a 3-D understanding of the world around the wearer — so the virtual objects can appear to go both in front of and behind things.

Augmented reality provides real-world interaction with one’s physical surroundings through “augmented” (or supplemented) computer generated sensory input such as sound, video, and graphics. The most popular expression of augmented reality so far has been Google Glass. 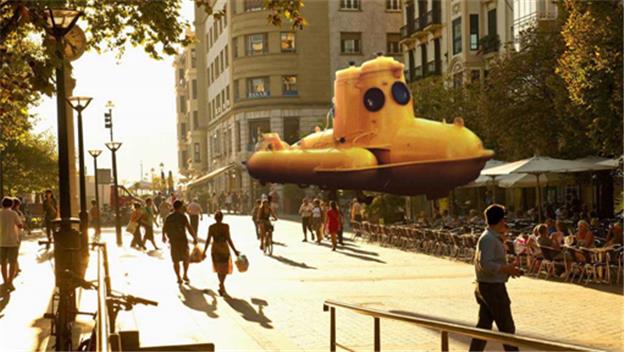 Pew Research released its Digital Life in 2025 report earlier this year, which represents expert opinion and perspective on what the internet and digital life will look like in the next decade. It had this to say: “Augmented reality and wearable devices will be implemented to monitor and give quick feedback on daily life, especially tied to personal health.”

What we’re beginning to see is that the future internet will become harnessed to our bodies and personas in ways never before imagined. Our eyes, ears, and other senses, as well as our arms and hands, will become extensions of our digital selves. Wearable technology coupled with augmented reality will give us new and exciting ways to access real-time data and interact with our environment.

While the details are still a bit murky, what we can extract about Magic Leap is that it represents a huge leap forward in visual media. What the company is banking on, and apparently Google too, is that the combination of augmented reality and wearable technology will represent the “next big thing” in mobile computing. Magic Leap represents a movement to bring to the everyday user a whole other dimension of visual experience. Kind of like what the smartphone did for communications, only potentially bigger. This is why Magic Leap is a big deal! Even as it shows us that the billion dollar idea can still become a reality too!