Since its announcement in September, Apple Watch has probably become one of the most highly anticipated tech gizmos in recent times, perhaps even more than the original iPhone. In the last 7 years or so we’ve seen why Apple is the global leader in technology innovation. The MacIntosh, iPod, and iPhone each revolutionized how people interacted with technology through the mouse, through the click-wheel, and through multi-touch . . . so the Cupertino, CA-based tech giant has given consumers very high expectations for the smartwatch. And Apple looks to deliver in a few short months.

To give developers something to look forward to until the official release, Apple in November released WatchKit, which is the development toolkit for the Apple Watch. With this platform developers are able to start writing apps for the Watch such as alerts and notifications for their favorite services and brands. In fact, smart organizations would do well to start experimenting with the toolkit in order to get ready for the major changes in the smartwatch industry. Wearables have gotten off to a slow start for consumers, but are picking up speed and Apple Watch is sure to commoditize the industry. In what follows, we take a high level look at some ways to get started developing apps for the soon-to-be-released Apple Watch.

1. Familiarize yourself with the WatchKit Ecosystem

Spend some time browsing through the range of resources at the Apple Watch developer site, including reading the Apple Watch Programming Guide in PDF format here. Also take a look at the Overview video here, which provides a useful introduction to considerations for building an app, such as architecture, APIs, interface elements, along with more advanced topics.

2. Brainstorm what Kind of App to Build

With some initial background on the Apple Watch, start to think about your vertical and what kind of application you want to deliver. Examples of apps could range from news push notification to a GPS location finder to a space-based shooter game. Consider what kind of app will meet the needs of your customers. Having an Apple Watch app will set you apart from the competition as innovative and on top of the latest technologies.

Several new features in the Apple Watch will heighten the level of creativity as you dream up new apps to build. For example, the “Force Touch” features a new level of user interface based on sense force, which detects the difference between a light tap and a deep press; this could be used in certain gaming features to control inputs. The “Digital Crown” functions as a scroll wheel that allows the user to nimbly zoom in on important information, such as shown on images or maps.

Get started on your Apple Watch development path by downloading the latest beta release of Xcode 6, which includes iOS 8.2 SDK with WatchKit. The WatchKit app target provided by Xcode contains everything you need to get started creating your WatchKit applications. 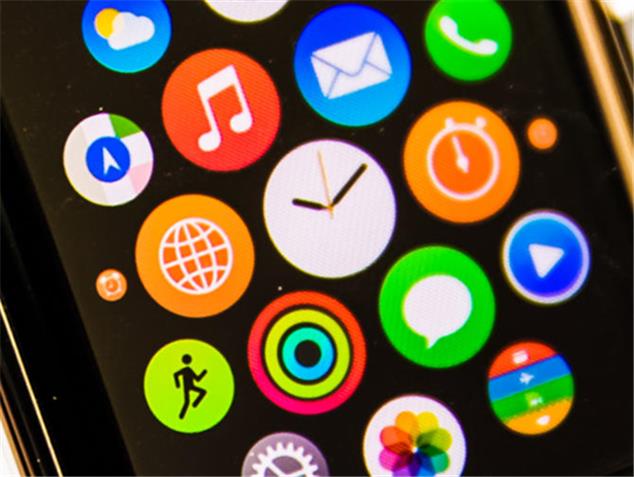 The Apple Watch development site comes with a large number of valuable resources to assist in the design and development of your first Watch application. For example, you can reference the “Apple Watch Human Interface Guidelines” for more information about the basics of great UI design (take it from a global leader!). Or you might explore any number of topics, such as how to build modern frameworks or app extensions for the Watch.

If the whole Apple WatchKit ecosystem seems confusing or you need to clear your head, try any number of tutorials. Here’s one that will guide you through the build of a heart rate monitor (heartbeat app). Or how about a Bitcoin price tracking app? The sky is really the limit of what’s possible to build with Apple WatchKit.

Of course, it goes without saying but you should strive to keep an innovative and “out-of-the-box” mindset about what’s possible. Consider ways to sync your Apple Watch app with other devices such as Internet of Things devices. What about sending and receiving data from your Nest thermostat? Apple Watch is a new type of personal computing device that sits on your wrist, not the desktop, and as it catches on consumers will be requiring more and more data to be channeled through this device. The wave of the future is Apple Watch applications!