Everywhere you look today the Internet of Things is being discussed. It’s the “next big” thing in technology today. Businesses, startups, and enterprises are signing up to get onboard this epic new wave of innovation. The prospect of 30 billion objects connected to the Internet by the year 2020 is staggering, as are the opportunities for new lines of service and new business models to grow out of this realm.

We’ve seen already some early commercial successes in the IoT industry. For instance, the Nest thermostat allows you to monitor and control your home temperature from anywhere with your smart device. In addition, Nest also specializes in smoke detectors, which often are annoying, especially when the batteries need to be replaced. But Nest saw an opportunity and ran with it; in its words: “safety shouldn’t be annoying.” 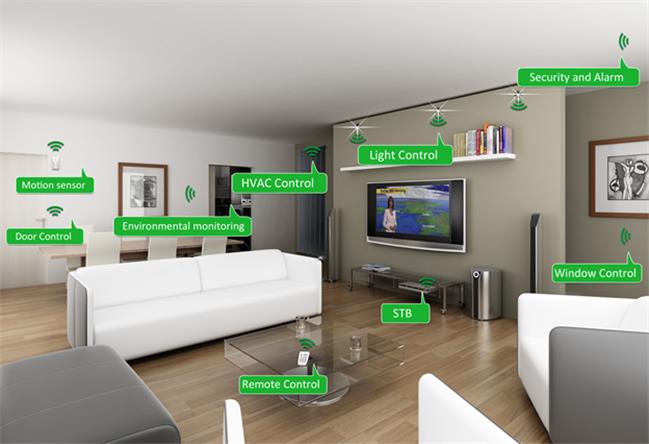 Google’s purchase of Nest for $3.2 Billion at the beginning of 2014 wasn’t just because the tech giant thought smoke detectors are now suddenly cool. The epic purchase was a signal of Google’s strategy to get into the home automation market. A few months later, in June of 2014, Google Nest then “dropped” $555 Million on Dropcan, the popular home monitoring camera. And yet a few months later, in October, Nest purchased Revolv, which is a maker of a hub device for controlling smart home appliances. Home automation is a rapidly growing market that Google is obviously trying very hard to get onboard and leverage.

Just to be clear about what exactly we mean by “home automation” – it essentially is described as follows:

This is where a home’s electrical devices are connected to a central system that automates those devices based on user input. For example, you push a button and your shades go up, or you give a voice command and your lights turn on.

There are a growing number of appliances, devices, and elements within the modern home that are going online and being accessed via smart devices. Most folks have heard of Nest but that’s just one example of a rapidly growing product line. There is also Wi-Fi lighting, remote shades, digitally locked doors, security monitoring systems, smart appliances, including TV, and much, much more.

All of these appliances, systems, and devices contain sensors that connect them to a network. This is where the Internet of Things comes into place, and what makes it such an integral part of the home automation. IoT is really the secret that makes this whole system work. IoT is defined as follows:

The Internet of Things (IoT) is a scenario in which objects, animals or people are provided with unique identifiers and the ability to transfer data over a network without requiring human-to-human or human-to-computer interaction.

IoT is, as the name applies, about connecting these objects together over a network in order to allow them to seamlessly connect with other machines and humans. 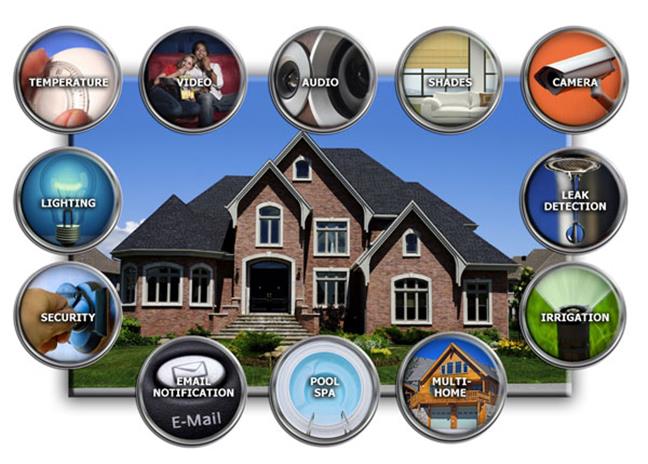 This is where things start to get exciting. The growing number of devices that are entering the home automation space will spawn a tremendous growth in “big data.” And as more and more of this unstructured data becomes available, it will spin off new business models and services around the leveraging and marketing of this data. This home data will, in turn, provide input for machine learning algorithms capable of learning” new ways to adapt to patterns and interact with users. It’s one thing to have a virtual assistant like Siri send an email or schedule an appointment, but imagine also having t tell you the local temperature and asking if you want it to turn on the air conditioner before you arrive home. This is what the new “smart home” will look and act like.

Remember that video a couple years back from Corning, Inc, called A Day Made of Glass? It was brilliant in providing the viewer a set of real life scenarios of how interactive glass and multi-touch technology and internet of things will define our future. In the world of ubiquitous computing, where home automation will be a reality, ll of the objects we take for granted everyday – lights, locks, appliances, thermostats, shades, and more – will be wirelessly connected to and controlled via the Internet of Things.

While Internet of Things is very much in its infancy, 2015 is becoming a breakout year for this emerging and disruptive technology. The release of Apple Watch recently, the continued growth of wearables, the rapid development of home-based automations, along with M2M (machine-to-machine) communications will continue to create billions of new connected objects over the next 5 years and beyond.

The emerging market will have tremendous influences on businesses and especially IT. New ways of managing and monitoring and securing the tremendous influx of “Big Data” from connected devices in the home, will, in turn, create a host of new competitive opportunities for businesses and startups. The growth in home automation and the rapid amount of data that it spawns will open up a seemingly endless number of new business models and services.

Even though “home automation” is an early stage market, the industry is full of exciting promise. If you’re a small business leader/owner, and would like to explore home automation, begin now by fitting the Internet of Things into your strategy portfolio for the next several years. Once you’re comfortable with IoT, then you’ll be ready for home automation. Internet of Things and home automation will definitely be the basis for a new groundswell of industry in the years ahead. Businesses that get in on the action now will be reaping the benefit and increasing their competitive advantage in the months and years to come.

Top 7 ways that Internet of Things is changing the...
The future of the Internet – part 4
Big data, cloud, and mobile: what every small busi...